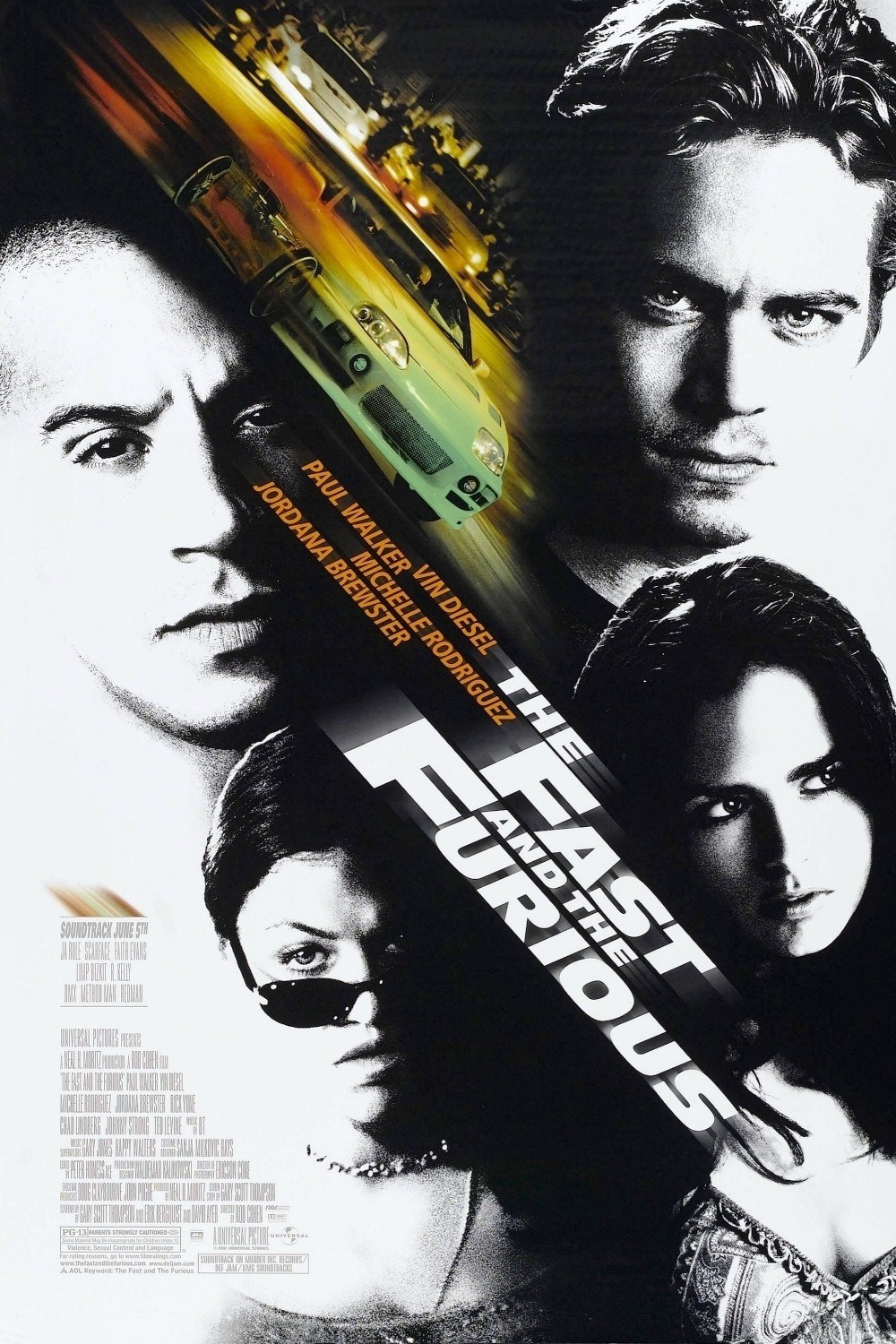 Los Angeles street racer Dominic Toretto falls under the suspicion of the LAPD as a string of high-speed electronics truck robberies rocks the area. Brian O’Connor, an officer of the LAPD, joins the ranks of Toretto’s highly skilled racing crew undercover to convict Toretto. However, O’Connor finds himself both enamored with this new world and in love with Toretto’s sister, Mia. As a rival racing crew gains strength, O’Connor must decide where his loyalties really lie.