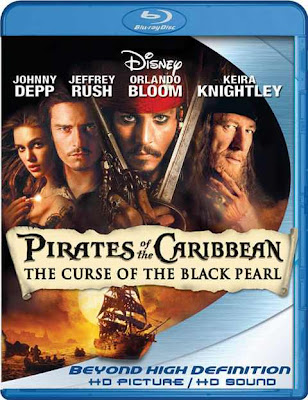 Pirates of the Caribbean is a sweeping action-adventure story set in an era when villainous pirates scavenged the Caribbean seas. This roller coaster tale teams a young man, Will Turner, with an unlikely ally in rogue pirate Jack Sparrow. Together, they must battle a band of the world’s most treacherous pirates, led by the cursed Captain Barbossa, in order to save Elizabeth, the love of Will’s life, as well as recover the lost treasure that Jack seeks. Against improbable odds, they race towards a climactic confrontation on the mysterious Isla de Muerta. Clashing their swords in fierce mortal combat, Will and Jack attempt to recapture The Black Pearl ship, save the British navy, and relinquish a fortune in forbidden treasure thereby lifting the curse of the Pirates of the Caribbean.

The curse of the black pearl