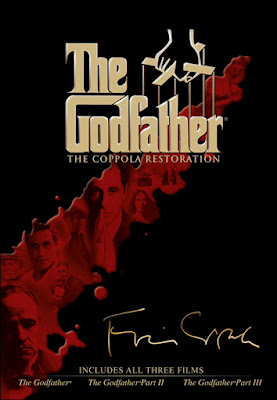 The Godfather I: The aging patriarch of an organized crime dynasty transfers control of his clandestine empire to his reluctant son.

The Godfather II: The early life and career of Vito Corleone in 1920s New York is portrayed while his son, Michael, expands and tightens his grip on his crime syndicate stretching from Lake Tahoe, Nevada to pre-revolution 1958 Cuba.

The God Father III: In the midst of trying to legitimize his business dealings in 1979 New York and Italy, aging mafia don Michael Corleone seeks to vow for his sins while taking a young protégé under his wing.